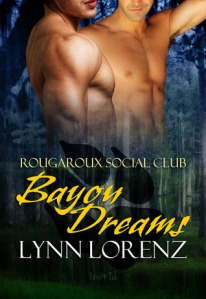 Some have asked me why I named this series Rougaroux Social Club. Well, the answer is both simple and complex. This series is set deep in south Louisiana, in the heart of Cajun country. In Cajun cooking, the first thing a good cook must know how to make is a roux. It’s the basis for most soups, like a good gumbo. The roux is everything. This is basically a mixture of flour and some sort of fat, like butter or oil. It’s slow cooked, with constant stirring so’s not to “burn the roux.” Once it’s burnt, the taste is ruined and you should start over.
So, that explains the roux part of Rougaroux. 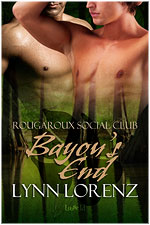 Now, the Rougarou part – in Cajun legend, the dreaded swamp wolf is called the rougarou, or rugarou, and it’s basically our version of a werewolf. So I combined the cooking with the legend. And no, I didn’t create Cajun cooking werewolves, although most of their maman’s (that’s french for mama) probably make a mean roux. I know Scott’s maman Darlene can cook circles around most chefs, at least in Cajun cooking.
That explains the Rougaroux part.

Now, let’s look at the Social Club.
In the south, especially in New Orleans and southern Louisiana, groups of people form “social clubs” where they can get together to dance, party, eat, and mostly do good works. Sometimes they’re called “social and pleasure” clubs. I stuck with just social.
So I have this pack of werewolves, who are mostly Catholic, who need a place to meet and hold pack meetings, so where better than to form a social club, give it a tease of a name, and also use it to do good deeds, especially for pack members. Think of it as hiding in plain sight.
Yes, my werewolves are Catholic, and yes, the priest knows about them. He’d have to, if you think about it. 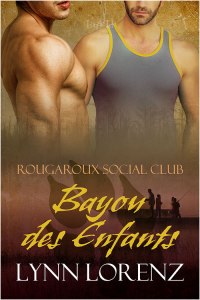 And to make it even more fun, the town where this is set, St. Jerome, like most small towns in Cajun country, holds its very own Rougarou Festival, to celebrate the legend of the Rougarou. The social club is the sponsor of the event, and each year, they hold a costume contest for the best Rougarou costume.
As you can see, I had a lot of fun with this whole series, from Bayou Dreams to Bayou Des Enfants, there is a strong element of humor in each book. And the person who brings the funny is hands down, Scott’s maman, Darlene. She’s a hoo-doo voodoo practicing Catholic who doesn’t know her own powers or at least, she thinks she does. Having her casting spells on the men she loves is fun. I get to mess with these men, disguised as her.

But even though there is humor, each of the book explores serious issues, like how a straight man can have a gay wolf inside him, whether love and fated mates can overcome fear and distrust, and how to build a family when two parents aren’t quite ready. Frequently we find the pack in jeopardy from internal stresses and external pressures. Hard choices have to be made, mates have to be found and wooed, and voodoo has to mess up a few lives.

I hope you’ll give my Bayou wolves a try. Come on down to Cajun country. Make a fais-do-do and pass a good time. Eat some gumbo and fried oysters. Sit on the bank of the bayou and cast a spell or two. But watch out for maman’s cat.

If you’re interested in buying them, on Amazon, click this link. Thanks! If you’ve read them and enjoyed them, please think about leaving a review!
Bayou Dreams
Bayou’s End
Bayou Loup
Bayou Des Enfants